FREE SHIPPING ON ORDERS OVER $100

If you’ve never heard of THC-P before, there’s a good reason for that, which is that the cannabinoid was only discovered at the end of 2019.  But, since its discovery and introduction to the market, THCP products have become extremely popular as people have found that the cannabinoid’s properties – primarily its euphoric high – are extremely desirable and enjoyable. So, we will take a closer look at what THC-P is, and how it’s made.

THC-P is short for tetrahydrocannabiphorol, and it’s a very trace cannabinoid present in the hemp plant.THC-P was discovered in December of 2019 by a team of Italian cannabis researchers, and we’re still learning a lot about it as we speak. As a cannabinoid, THC-P attaches to cannabinoid receptors throughout the body to offer its effects and regulate critical processes that affect how we feel and function on a daily basis. THC-P attaches to CB1 receptors in the body’s nervous system at about 33x the rate of delta 9 THC, which is why its effects are so powerful.

Many people compare THC-P vs THC-O, with the latter being another highly potent cannabinoid.  THC-O, unlike THC-P, is synthesized, and does not naturally exist in the plant. The THCP high is also 33 times stronger than delta 9 THC, while THC-O is 3x stronger. Also, keep in mind that the proper spelling is, in fact, “THC-P”. and not “THCP”.

How is THCP Made?

The cannabinoid tetrahydrocannabiphorol already exists in hemp – but the problem is that it exists in incredibly trace amounts. Extracting enough THC-P to produce an effective product would require a staggering amount of raw plant material. Thankfully, there’s another way to produce a potent THC-P extract (distillate) to produce THCP products.

All cannabinoids that exist in hemp are analogs of one another, including THC analogs.  What this means is that all of the cannabinoids have the same molecular makeup, just arranged differently from one another. That’s because all cannabinoids began as CBG (cannabigerol), aka the “mother cannabinoid,” which makes up the entire cannabinoid composition of the plant before the plant fully matures, at which point CBG splits off to become over 100 unique cannabinoids.

Because all cannabinoids have the same chemical formula as one another, the molecular structure of one can be rearranged to convert it into another, through a process known as isomerization. With CBD being so abundant in the hemp plant compared to THC-P, CBD’s molecules can be rearranged to convert a CBD extract into a tetrahydrocannabiphorol extract.

How Do I Take THCP?

You can find all kinds of THC-P products on the market, including vapes, tinctures, concentrates, flower, oils, gummies, etc. What’s most important is that you consider the fact that the THCP high is 33x as potent as that of delta 9 THC. What this means is that when you’re taking the cannabinoid for the first time, you want to go easy with how much you consume, because its powerful effects can catch you off-guard while your tolerance is low.

We recommend following the directions on the label of your product to make sure you’re taking the advisable dosage amount as a beginner. Keep in mind that while your body can tolerate high doses of THC-P, getting too intoxicated can cause you to feel uneasy.

Can I Buy THCP?

Yes, THC-P is available on the market for purchase, in a variety of product types. As long as THC-P is legal in your state, you can order it online and enjoy it legally.

THC-P is nontoxic to the body, so you don’t have to worry about serious side effects, even when taking it regularly. Taking too much of the cannabinoid can, however, cause temporary, non-urgent side effects like dry mouth, dry eyes, paranoia, lightheadedness and grogginess.

What is the Strongest THCP?

THC-P is already considered the strongest intoxicating cannabinoid in all of hemp. If you want to try the strongest THC-P product on the market, which we only advise if you’re already an experienced user of the cannabinoid, then you might want to try concentrates or distillates, both of which are highly concentrated products that offer the most powerful THCP effects of all.

Like we said earlier, THCP products contain an extract of THCP that’s made by rearranging the molecules of CBD. Technically, this means that THCP is synthesized, although it’s derived directly from the hemp plant. THCP is a naturally occurring cannabinoid in the hemp plant, but it exists in such trace amounts that extracting a generous amount of it is a challenge.

Is THCP a Sativa or Indica?

THCP is neither a sativa nor an indica. It’s a cannabinoid, which is a single compound in the hemp plant. Sativa and indica refer to the breed of the plant, according to its composition of terpenes. THCP has no terpenes, and no chemical composition, as it’s one of many chemical compounds found in the plant material. However, THC-P is often compared to a sativa, because its effects are very cerebral and euphoric.

Is THCP Stronger than THCV?

THCP is significantly stronger than THCV. THCP is about 33 times as intoxicating as delta 9 THC, while THCV is far less intoxicating than delta 9.

What is THCP Distillate?

THCP distillate is the purified extract of tetrahydrocannabiphorol, made by isolating the CBD cannabinoid and converting it into THC-P. THCP distillate is found in all THC-P products on the market, and is also sold on its own, for those who want the pure, concentrated form of the cannabinoid.

Where is THCP Legal?

Because THC-P products contain less than 0.3% delta 9 THC, they are federally legal under the Farm Bill. But, they are illegal in the following states which do not prohibit sales of THC-based cannabinoids: 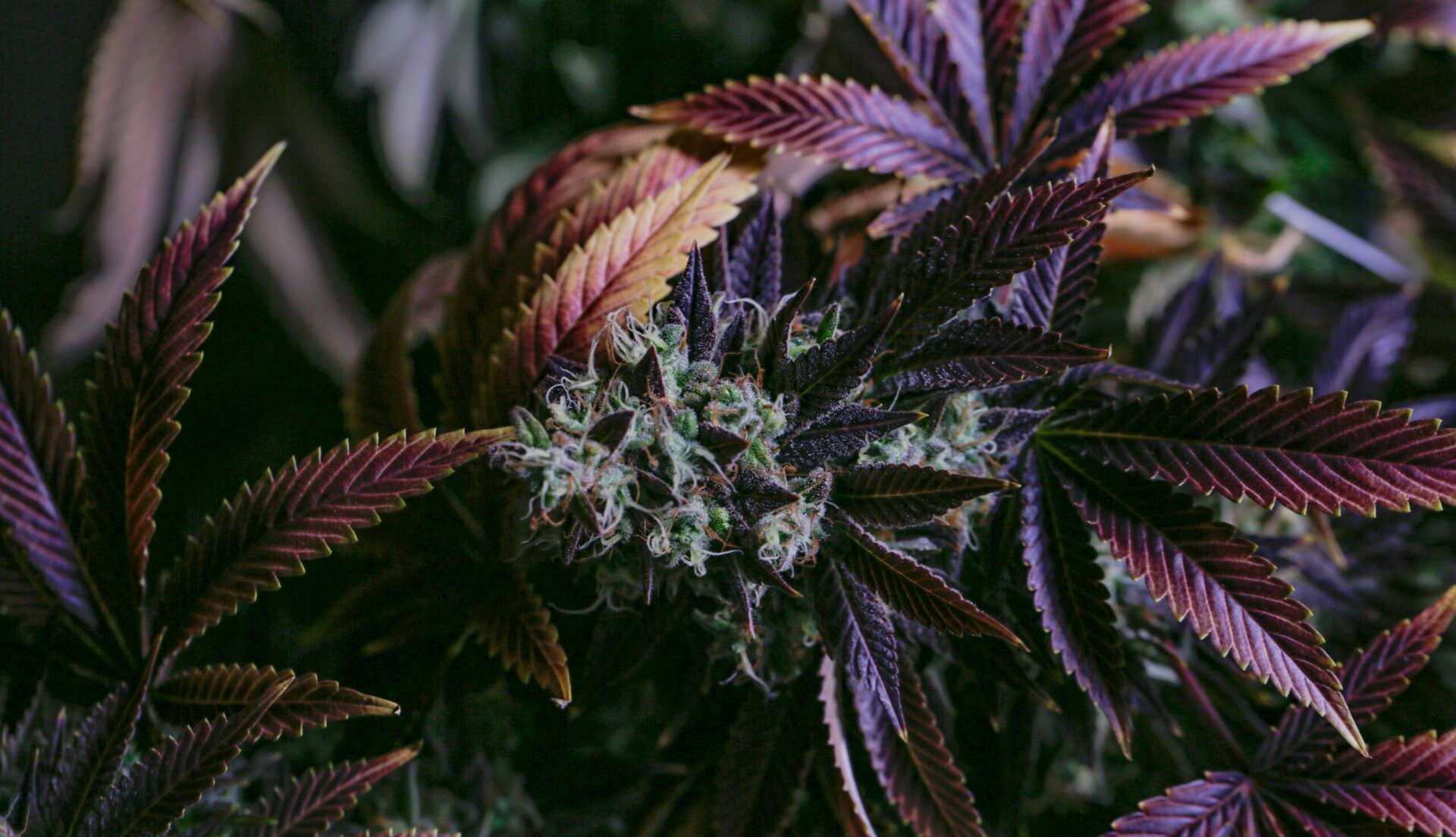 All You Need To Know About THC-P 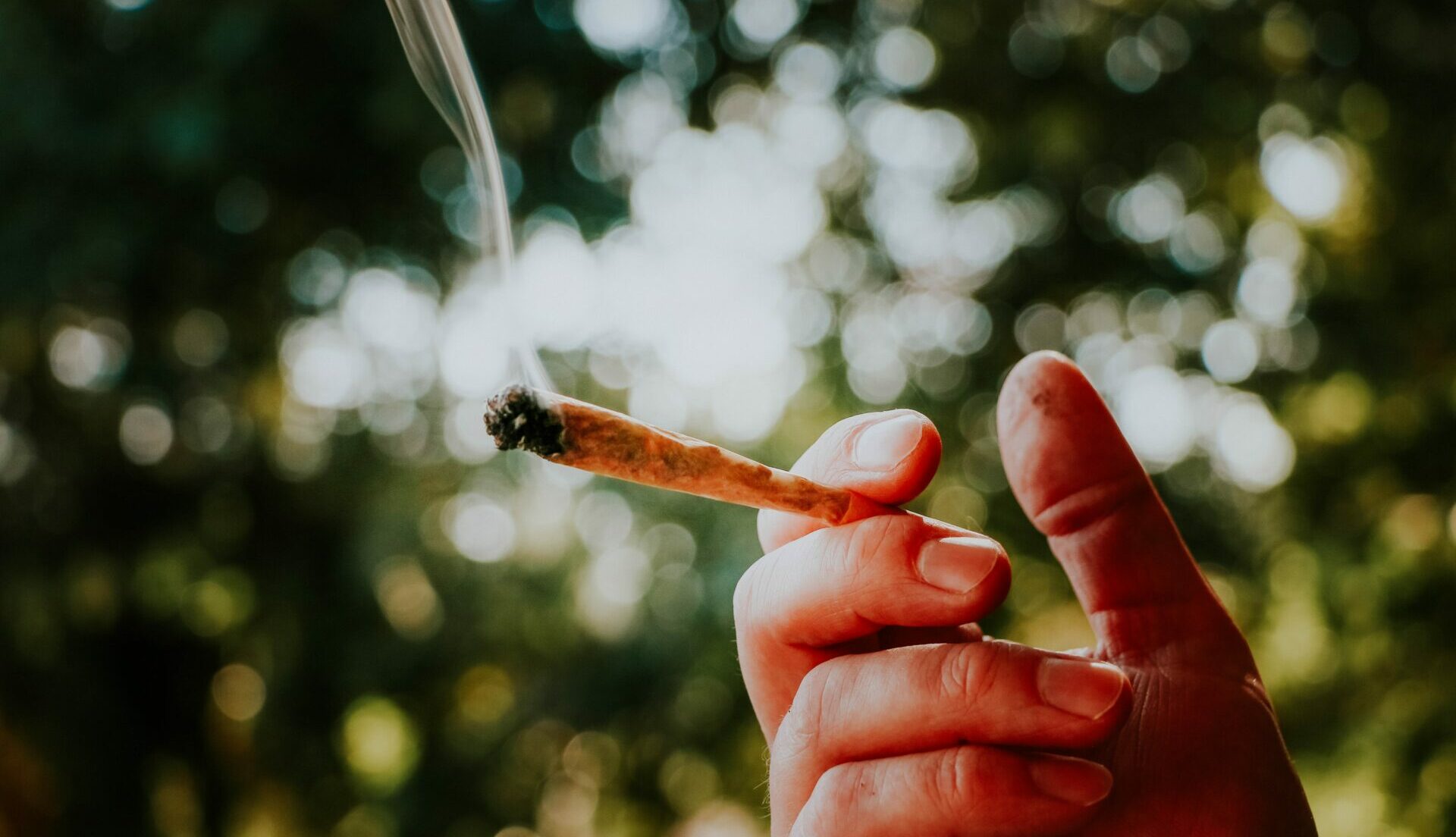 Is THC-P Stronger Than Delta 9? 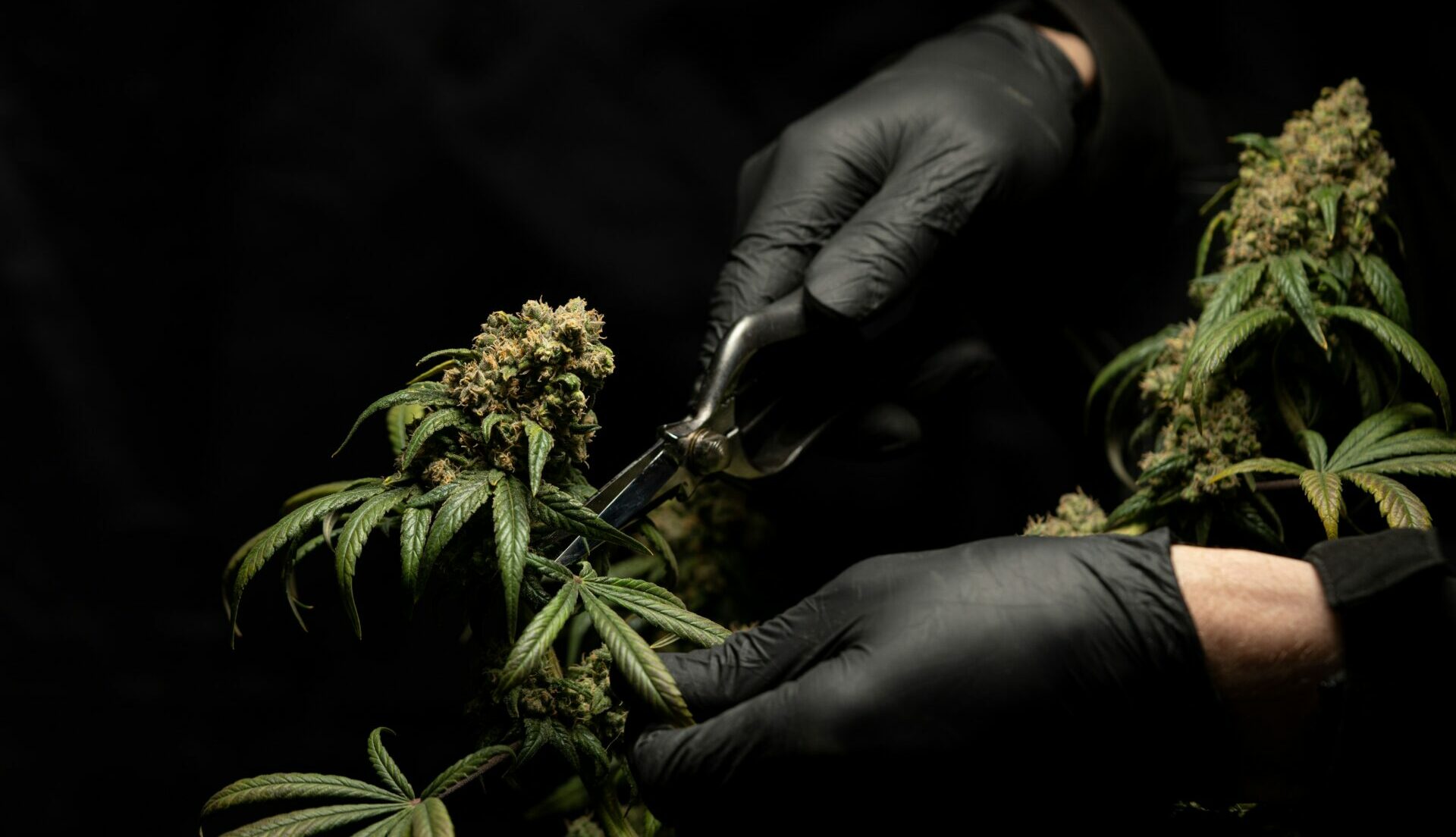 What is THC-P Good For? 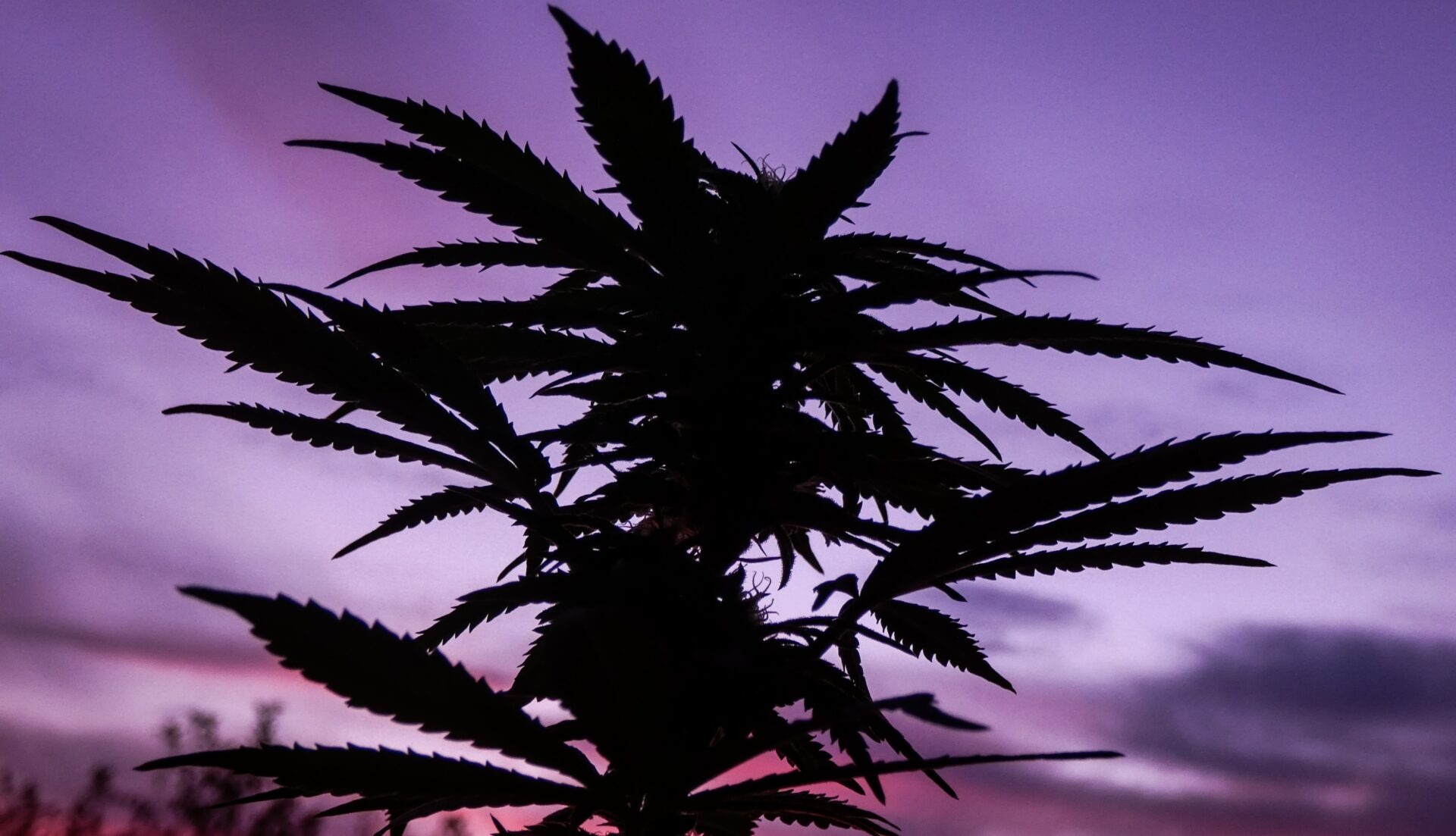 What THC-P Products Are There?

0
CART
Your cart is empty