Our passion for this incredible hemp plant is now showcasing yet another new cannabinoid in this growing industry. At first, you might think there is a new THC on the block, but quite the opposite. Similar to CBD, low doses can reduce some of the typical effects of THC while it can produce euphoric states of the intellectual mind at higher doses. A study published in 2015 found that low doses can inhibit the intoxicating effects of THC.

How does THCV feel when taken?

Users reported that THCV only produces a “high” in extremely high does found in products such as our THCV Shatter product and our oral spray applicator.

What is the history behind THCV?

Most of these existing strains are from highly psychoactive flowers originating from the CBD-rich Harlequin strain, which was originally cultivated by accident. The term “THCV strains” refers to strains that unusually have high levels rather than strains that have more THC than any other cannabinoid. High levels of this cannabinoid in strains were initially commonly attributed to Sativa. Still, as more research has been collected, an article in the American Journal of Botany found that all the strains analyzed-Sativa, India or ditch weed-contained this cannabinoid.

Are there any potential benefits that I can expect from utilizing THCV?

In recent months a secondary group of legal hemp cannabinoids has entered the market, showcasing new potential benefits for many different ailments. Cannabis and hemp contain a few different types of compounds, including flavonoids and terpenes, but it’s the cannabinoids that make the plant special. Appetite suppression, unlike THC, is one of many properties that may make this cannabinoid a new useful natural weight loss agent and possibly a means to control diabetes.

Does this cannabinoid help with anxiety?

This delightful hybrid will help lower your anxiety, control your appetite and reduce pain levels whether it’s morning, noon, or night. It’s all just a matter of picking out the things you enjoy the most when it comes to cannabinoid intake and making a choice from there. Studies show that this cannabinoid can help regulate the body’s blood sugar levels, which could help people with diabetes. THCV is also associated with enhanced energy levels, bone growth, fewer panic attacks, and appetite suppression.

Does THCV help with stress and PTSD complications?

It may reduce symptoms of post-traumatic stress disorder (PTSD) by alleviating stress without suppressing natural human emotions. Research shows that, as an agonist of the CB2 receptor, it may combat the symptoms. Research suggests it acts in the endocannabinoid system (ECS) as a CB1 receptor antagonist and a CB2 receptor partial agonist. Find more on this potent cannabinoid helping humanity and more HERE.

Could THCV possibly help with diabetes in the future?

New research may suggest this new cannabinoid might also reduce insulin resistance. Insulin production is essential for people who have type 2 diabetes. As more new cannabinoids are being discovered, the general public’s interest has been growing rapidly for obvious beneficial reasons to help humanity.

Cannabis gives people the “munchies,” but studies show that this cannabinoid has the opposite effect. Although both cannabinoids affect the same receptors, they do so differently, which is also a fascinating aspect of THCV.

Recently, our labs have been formulating a new applicator mini spray bottle with different terpenes to provide a subtle flavor to help mask the raw taste of this cannabinoid. We are offering this in both shatters and a mini spray applicator. 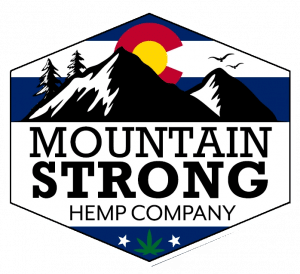